THE TIMELINE - Creating a Routine

Most seasoned SL dancers know the meaning of the word "sequence" when it comes to SL dance, just a list of animations strung together with the time in seconds to perform each animation in the string.  This all creates a macro which tells our dance HUDS to play those animations one after the other.  Any actual movement around the stage had to be done using another system, with it's own separate commands.

Now, using the Performance Director HUD, you can do the animations, movement, emotes and chat commands for props, etc., all in one so we feel the dance term ROUTINE is a better descriptor.  When we refer to a "Routine Notecard," it's anything but ordinary!

A ROUTINE notecard contains - group designations according to the Mover number, the dance/animation sequence for each group, emotes and chat commands as it's own group.

We use a simple timeline method in which you specify the time you want a certain animation to begin starting from 0 seconds (when PLAY is clicked) to the end of the sequence. 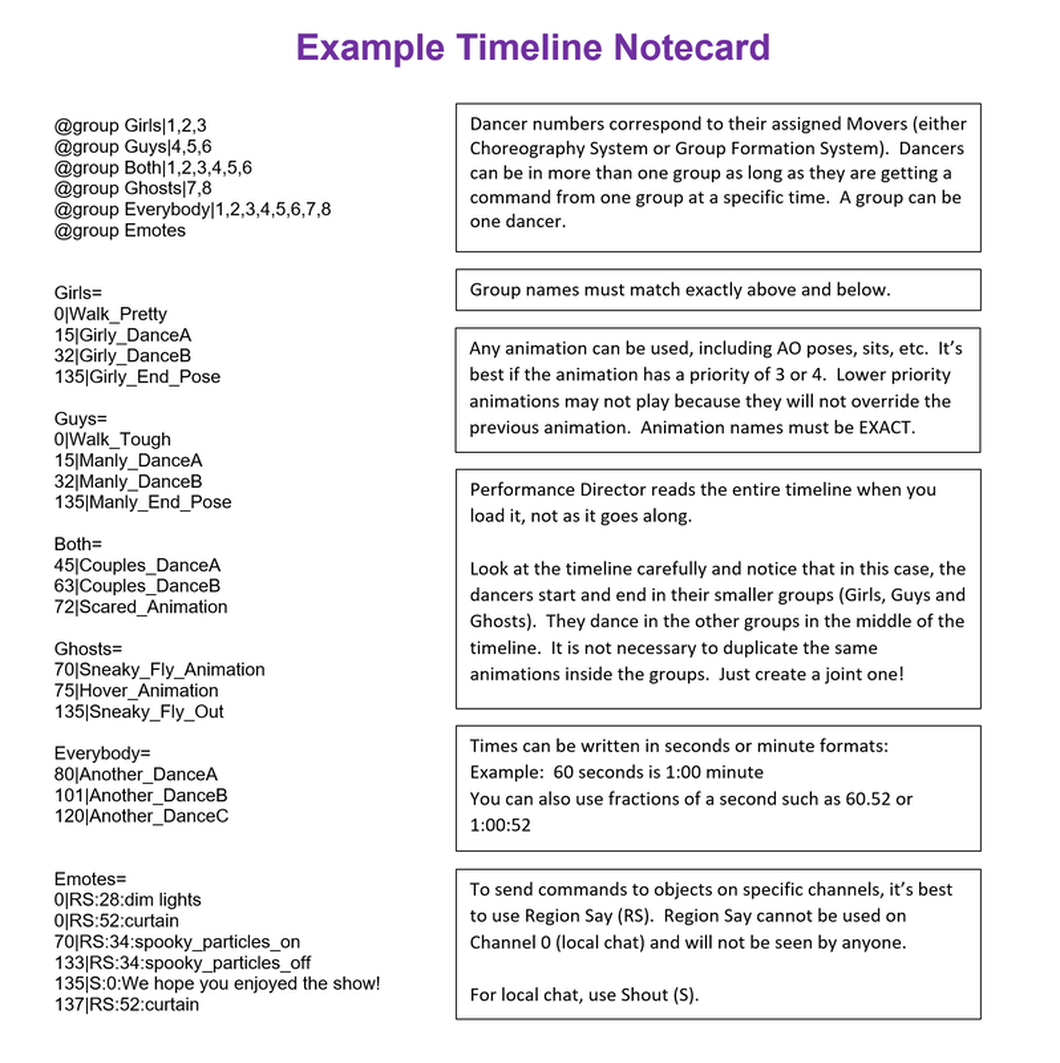 Assigning Dancers to More than One Group

Often during a typical sequence, dancers will do the same animations at the same time at some point.  You could of course write the sequences for the groups as in the example above, - (At 56 seconds, both groups are doing "dance_name4" and it is written in both groups.)  For two groups, this is easy enough but can get complicated when you have many animations and many people.

To see how to write the timing for animation layering which gives the appearance of starting a dance somewhere other than the actual beginning of the dance, please see the Layering Animations page.
BACK